In the center of Kiev there was a deadly car blast in the Georgian rooms. A text stream 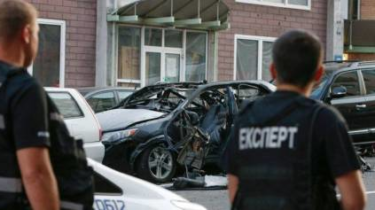 The evening of 8 September in the center of Kiev, near the Bessarabian market, an explosion occurred in a car Toyota in the Georgian rooms. In the car were three people – a man died, the woman suffered serious damage, for her life fighting doctors. According to preliminary data, a child’s life is not threatened.

The victims, according to police, was a citizen of Georgia Temur Makhauri. He had strong ties with the Chechen community, have been detained and prosecuted this year in Ukraine, but went on to deal with the investigation and received a suspended sentence.

See the latest details about high-profile events in the text broadcast on TSN.ia.