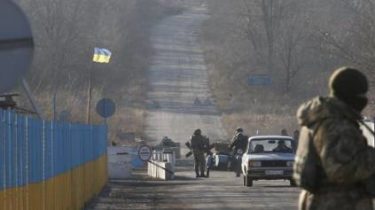 In the village of gold-4 the Luhansk region the Ukrainian military took a five-storey building and not let the home of its residents.

About it report “news of Donbass” with reference to the Kharkiv human rights group.

On 7 August, the military did not let the local resident with her husband in the entrance, where their apartment. Wife two nights slept in the barn near the house. To questions about why their home did not admit, the military replied that it was now a military facility and the basement was mined.

The tenants complained to the Prosecutor’s office, Military service of law and order and other structures. VSP representatives arrived at the scene of the incident the same day, but in the end found the military’s legitimate and reasonable.

The building in question has been repeatedly shelled by militants of the “LPR”. As a result of shelling one of the entrances completely destroyed and there is no one living. In other doorways along with local residents located the military.

The fighters covered with fire from mortars at civilian houses Golden

The lawyer of the Kharkiv human rights group Fedor Danilchenko believes that the actions of the military fall under the qualification of the offence of “Violence against the population in the area of military operations” (article 433 of the criminal code of Ukraine). According to him, the perpetrators of responsibility within the competence of the military Prosecutor’s office of Ukraine.