A billion hryvnia per year: in Kiev, the police stopped activity of the konvertatsionny center 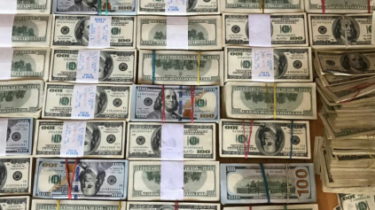 The Kyiv Prosecutor’s office jointly with the security Service of Ukraine stopped activity of”the konvertatsionny center” with an annual turnover of 1 billion UAH.

This was reported by press Secretary of the Prosecutor General of Ukraine Larisa Sargan Facebook.

“The Prosecutor’s office in Kiev together with SBU exposed and stopped illegal activity of” the konvertatsionny center “, which operated in Kiev and the region, as well as in several other regions, in particular in Odessa, and provided illegal services to minimize tax liabilities to the real sector of the economy and the legalization of income obtained by criminal means. The total amount of converted money” only for 2017 amounted to more than 1 billion UAH “, – she wrote.

The Prosecutor’s office in Kiev together with SBU exposed and stopped illegal activity of “the konvertatsionny center”, which operated in Kiev…

According to a spokesperson, during the searches were seized about 800 thousand dollars, computer equipment and documents.

“And found some interesting things that may be of interest not only for scientists and experts, and for supporters of some politicians,” said Larisa Sargan, adding that the suspect Vadim Alperin – “the most known Odessa smuggler since independence”.

We will remind, in August in Ukraine, law enforcers found 713 crimes, 6 groups and detained three “thieves in law”.