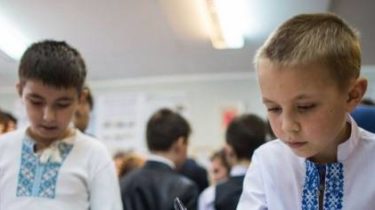 Romania and Hungary criticized the Verkhovna Rada adopted the law on education, believing that it violates the rights of national minorities in Ukraine.

Statements with respect to Ukrainian law by the Ministry of foreign Affairs of the two neighbouring countries, reports espresso.

In Bucharest, appealing to the Convention for the protection of national minorities, which suggests that the government should recognize the right of the representative of national minorities to education in their native language. This question during a visit to Kiev next week to raise the state Secretary of Romania Victor Mikula.

The Hungarian foreign Ministry was more categorical in his statement. In Budapest a law called the “stab in the back” and such, which strongly violates the rights of 150 thousand Hungarians living in Ukraine.

“We believe it is shameful that the changes to the law severely violates the rights of the Hungarian minority, and it is shameful that a country that seeks to develop closer relations with the EU, a decision that is completely contrary to European values. It is unacceptable that Ukraine has deprived the Hungarians the right to learn in their native language in schools and universities and left them the opportunity to do this in kindergarten and the primary grades,” reads the statement.

In Hungary, promises to use all possible European forums that the Ukrainian law on education entered into force.

Recall, September 5 during a meeting of the Verkhovna Rada of Ukraine adopted in the second reading the law of Ukraine “On education”, which introduced the 12-year secondary education.

The language of instruction in schools determined by the state. In the document it is assumed that schools can be taught one or more courses two or more languages with the state language, English and also in other official languages of the European Union.

Persons belonging to indigenous peoples and national minorities of Ukraine is guaranteed the right of education in native language along with the Ukrainian language in public institutions of preschool and General secondary education.