Applauded Lee Rosenblatt: deputies responded to a long speech Poroshenko in the Parliament 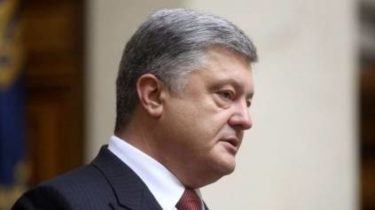 One and a half hour speech in Parliament by President Petro Poroshenko listened to all the factions of the Ukrainian Parliament. Reply they did not have the opportunity because the meeting format of the debate didn’t said in the story TSN.19:30.

Rada unanimously supported when the head of state praised Ukraine’s Armed Forces. Supporters of the President, not sparing the palms, clapped when Poroshenko promised not to cover them if they are corrupt. But the proposal to cancel parliamentary immunity the next convocation of the Parliament the deputies answered with a laugh.

Video”let’s dream”: the deputies commented on the speech Poroshenko in BP

To discuss heard the deputies went into the corridors, where the best impressions expressed by the members of the coalition. “Super”, – said he heard the Deputy leader of the BPP Alexey Goncharenko. “A baseline projection, which raised all: and international activities, economic and business issue,” explained his colleague Mykola Lavryk. The leader of the faction “popular front” is a bit not enough to praise their leader. “Frankly, as for me, when referred to two of the government Arseniy Yatsenyuk, was to focus more on the positive,” said Maxim Bourbaki.

Calls, military threat and the call to launch land reform: what Poroshenko said in an address to BP

The leader of “Batkivshchyna” the President missed, because I came into the hall as soon as he left. “I heard from the President just “I”, “I”, “me”. Even in those matters in which, under the Constitution, he has nothing. What is relevant, according to the opening of schools, bridges, repair of roads?”, – said another representative of the faction Serhiy Vlasenko.