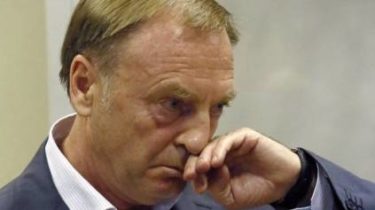 Former Minister of justice of Ukraine of times of presidency of Viktor Yanukovych Oleksandr Lavrynovych came to the building of the main Directorate of the Prosecutor General for investigation.

Together with the ex-officer and his lawyer Yevhen Solodko. Lavrynovych suspicion concerning it calls groundless, UNIAN reports.

Earlier it was reported that the Department of special investigation GPU is investigating the case regarding the constitutional coup of 2010, which led to the seizure of state power by expanding in an unconstitutional manner the powers of the President of Ukraine at the expense of the shrinking role and powers of Parliament and government. On suspicion in declared Lavrynovych and Yanukovych.