The MP Mikitas will be included in the group “will of the people”. 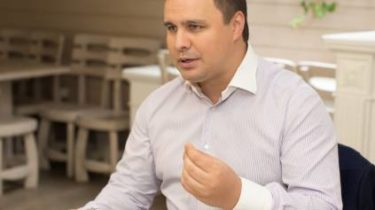 Independent Deputy of the Board Maksym mykytas is part of the parliamentary group “people’s Will”.

This “Ukrainian truth” said the head of the group Yaroslav Moskalenko.

“The statement he has signed, I have it. Today it was brought to the Chairman of the Parliament”, – said Moskalenko.

It is reported that at the conciliatory Council on 4 September Moskalenko said that his group “will of the people” continues to exist and on Wednesday, he will give the speaker of the statements of those who acceded to it.

We will remind, Mikitas Parliament was President of the state building Corporation “ukrbud”. He went to the Parliament in 2016 after the midterm elections in the constituency №206 in Chernigov.

From June 2014 to October 2015 Mikitas was a Deputy of the Kyiv city Council faction “UDAR-Solidarity”.