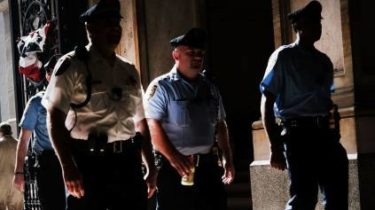 Federal Prosecutor of Switzerland confiscated a large amount of gold in the framework of criminal proceedings, which was opened in 2016. This is stated in the Prosecutor’s response to the request of TSN.

Note, the Federal Prosecutor’s office of Switzerland continues to pursue several criminal investigations on suspicion of money laundering after the change of power in Ukraine. None of these cases is not directed against the ex-President of Ukraine Viktor Yanukovych.

The production was caused by a suspicion of money laundering, which the Swiss Prosecutor’s office received in mid-March 2014. In the context of these proceedings concerning money laundering are now blocked assets worth more than 100 million Swiss francs.

We will remind, the Deputy Prosecutor General of Ukraine Yevhen Yenin had previously stated that he was arrested more than half a ton of gold, stolen and exported from Ukraine by ex-President of Ukraine Viktor Yanukovych. According to him, the total damage caused to the state ex-President Yanukovych and his entourage, is about $ 40 billion.

Videoslots stock Yanukovych. Switzerland refuses to give the owner a ton of precious metal