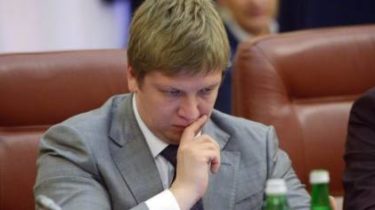 This broadcast “5 channel” said the head of “Naftogaz of Ukraine” Andriy KOBOLEV.

“We have four specific interested parties. Four large gas companies in the world. Two of them are major. They are the owners and operators of large systems in Europe. For them, it’s strategically interesting, it’s potentially financially interested. They came to us and hold us talks on what would be the condition of entry into the Ukrainian GTS,” he said.

According to KOBOLEV, the initiative came from the Ukrainian side and two years ago there was no interest.

“Interest emerged only when it became obvious that due to this mechanism, it is possible to stop the “Nord stream-2”, – said the head of “Naftogaz”.

We will remind, the Russian “Gazprom” and its European partners signed an agreement on the project “Nord stream-2” in 2015. It was planned to launch by 2019-mu – to supply gas to EU countries and to double the volume of supply in Germany.

A lot of Eastern European countries and the United States expressed concern that the pipeline may restrict the supply routes and energy security of the EU. Another problem is the pipeline will undermine Ukraine’s transit role, will be deprived of its fees to several billion dollars.

Meanwhile, in “Naftogaz” convinced that in 2020 the transit of Russian gas through the territory of Ukraine is three times-four times cheaper than “Nord stream-2”.