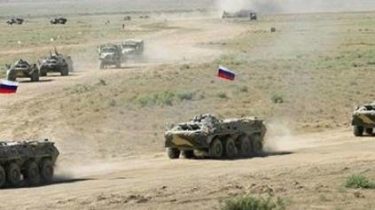 The statement of the Minister of defence of Germany Ursula von der Leyen about the participation of 100 thousand soldiers in the Russian-Belarusian exercises “West-2017” caused “bewilderment” in the defense Ministry.

About this informed the official representative of the Russian defense Ministry Igor Konashenkov, reports TASS.

“We are surprised by the statements of the defence Minister of Germany Mrs. Ursula von der Leyen publicly operating taken from the ceiling figures about the alleged 100 thousand Russian troops involved in the exercise “Zapad-2017” and lurking in this regard, threats to Europe. The German side was timely and has all the detailed information about the plan, the defensive nature and the real numbers involved in the exercises “West-2017″ Russian troops”, – said Konashenkov.

The European bureaucracy, not Russian military exercises – that’s more of a challenge

According to him, detailed information about training was provided to Germany as the Belarusian side, and directly to the military attache at the German Embassy in Moscow during a special briefing on August 29 by Deputy Minister of defence of the Russian Federation Alexander Fomin in the presence of hundreds of foreign journalists.

“Moreover, the chief of the General staff of the armed forces, army General Valery Gerasimov, the day before yesterday in Baku during the meeting with the head of the NATO Military Committee was further informed by General Petr Pavel on the doctrine “the West-2017,” noting that they are planned and not directed against third countries”, – said the representative of the defense Ministry.

“It is difficult to imagine that colleagues of MS Ursula von der Leyen NATO, and other concerned German authorities or his subordinates deliberately mislead the Minister of defence of Germany. It is much easier to suggest the opposite”, – he added.

Earlier the representative of the defense Ministry of Germany Jens Flosdorff commenting on the statement by Ursula von der Leyen about the number of supposedly attracted to the teachings of the “West 2017” soldiers, explained that we are talking about the experts of the Alliance.

We will remind, soon, on the territory of Russia and Belarus will start exercises “West-2017”. They will last from 14 to 20 September. Russia has said that participation in training will take 13 thousand military, but in the West, these calculations do not trust, believing that participation in it will take about 100 thousand. Also NATO is concerned that these teachings are not transparent, they do not pass from the media.

In this regard, the training of the state border service said about strengthening the borders of Ukraine , Russia and Belarus. And the President of Ukraine Petro Poroshenko said that under the strategic command and staff exercises does not exclude the creation of a new strike groups of Russian troops for the invasion of the territory of Ukraine.