Saakashvili changed the plan to arrive in Ukraine: now he will sit on “intercity” 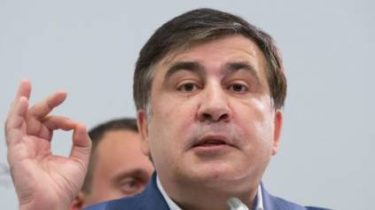 The former head of the Odessa regional state administration, Mikheil Saakashvili said he was not going to enter Ukraine via KP “Krakovets” on the bus, but he can enter Ukraine by train “intercity”.

He said this to reporters during a stop in Przemysl.

Saakashvili said that the decision he and his team took to avoid provocations. He noted that now in Krakovets in the Lviv region, now a lot of people that support it, but also, according to him, there are “aunts”. The politician said that he was aware of the plans of provocation, which was allegedly prepared by the AP.

“To avoid provocations, we have consulted, but we can go on a “intercity”, – Saakashvili said and also noted that will consider how to do so together with him on the train were all journalists.

The representative of Saakashvili told journalists invited to the fourth platform, the fourth car. They advance reserved tickets.

Note that the train “intercity” does not stop at the border for document checks, they will be checked just on the train.

We will remind, earlier Mhel Saakashvili was going to arrive in Ukraine via KP “Krakovets” on the bus with journalists. In STSU noted that is not going to pass Saakashvili to Ukraine, so he should pick up a passport (domestic and two foreign) and return back to Poland.