Party at ENEA and close friends. How was the wedding Leshchenko and topil’s’ke 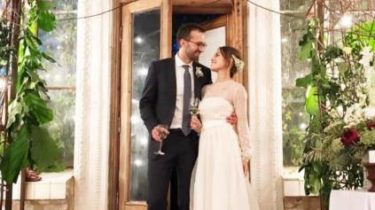 On Saturday, September 9, the people’s Deputy from BPP and former journalist Serhiy Leshchenko married Digene Anastasia topil’s’ke. The couple lives together for a long time.

John Groisman, Tyrion, bran and carrots and Lyashko. TSN.ia turned politicians in the characters of “Game of thrones”

After the official part, photographing in the capital’s parks, the couple went to celebrate the wedding in a greenhouse “Garden of desires” on VDNH, which is specially for the party was closed to visitors.

At the entrance you can see the inscription “the Area is closed. The event is held”. At the same time rent space on a evening in the “Garden of desires” is 30 thousand hryvnia.

To congratulate the newlyweds came to about 40 people, including the people’s Deputy Mustafa Nayem and Svetlana Zalishchuk, chief editor of “Ukrainian truth” Sevgili Musayeva-Borovyk, editor in chief of “New time” Vitaly Sych and others.