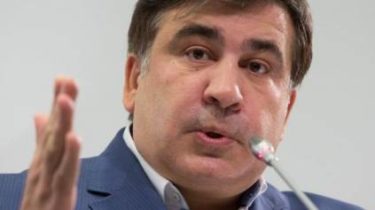 Today, Sunday, September 10, former head of the Odessa regional state administration and the former President of Georgia Mikheil Saakashvili, which has deprived the Ukrainian citizenship, is about to enter the territory of Ukraine through KP “” that in the Lviv region.

Read on and see the essence of Saakashvili’s attempt to return to Ukraine in text online TSN.ia.