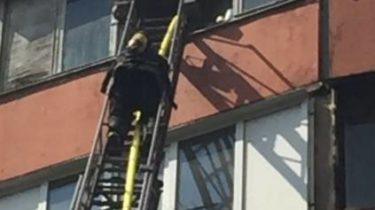 Became known the details of a deadly fire in a high-rise building in the Svyatoshinsky district of Kiev.

It is reported by TSN.Sores.

The smoke from the Windows on the second floor of a nine-neighbors noticed at noon. They immediately called rescuers.

It is noted that the fire spread very quickly.

The apartment is burned to the ground. Charred baby cot, shelves, molten technique. However, most of the burned out kitchen, probably from here it all began. In the apartment investigators.