Future plans do not have waiting wife and son – Saakashvili 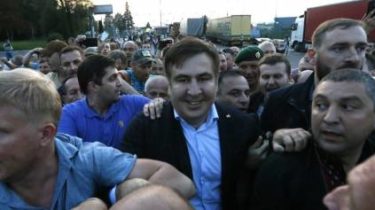 The former head of the Odessa regional state administration, Mikheil Saakashvili after the breakthrough on the Polish-Ukrainian border to Lviv and declares that he has no further plans.

“Future plans have not, waiting for my wife and son,” he said.

Regarding the events at the checkpoint “shehyni” Saakashvili said, that “trying to pay at the border your passport, to apply for protection in Ukraine, but they “mocked people”.