The guards called the events at “shehyni” mass illegal trespassing 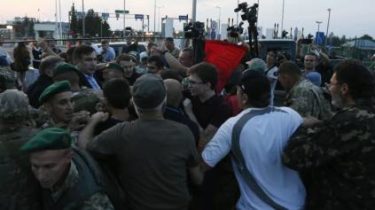 The state border service of Ukraine announced a breakthrough in the checkpoint “shehyni”, in which Mikheil Saakashvili was held on the territory of Ukraine, massive illegal violations of the state border.

It is noted that the result of the fight 12 fighters of the National police and 5 soldiers of the state border service received injuries.