Military best predict the return of large caliber after the armistice 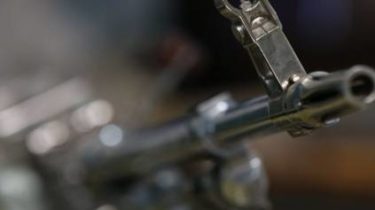 The silence that stood at the front since the beginning of September, again were replaced by attacks of the Ukrainian positions by Pro-Russian militants. Over the past day ATO staff counted more than fifty – fired across the demarcation line and various weapons, according to a story TSN.16:45.

The mine Butovka Communicator Sergey has collected the whole collection that arrived after the armistice. “Two days “Beha” worked on the part of the aggressor,” – says military Callsign “Tapc”.

Videosmature to a truce, militants shelled the mine Butovka from infantry fighting vehicles

After Novoluganskoe more than an hour fired from mortars, the military believe that soon will resume work on weapons of large caliber. So experience of all previous regimes of the ceasefire. “We hear constantly and ride tanks and wheeled vehicles. Not in the area of branch”, – says one of the soldiers on the front line.

Warm up your engines and Ukrainian tankers, but is far from the demarcation line. Now they only remember the war – were fighting for Starohnativka, Volnovakha, Peter and last winter defensive actions in the plant. “Was a well-coordinated team, a good commander,” says a tanker with a pseudo “Caucasus”.