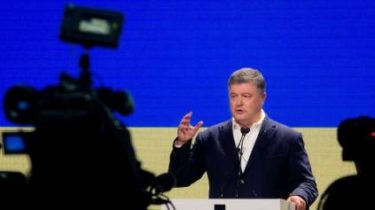 According to the guarantor, the incident with Saakashvili demands is not political commentary, but only action in the legal field. He recalled that deprived ex-official citizenship on July 26 on the basis of representation of the State migration service, which clearly was stated proven facts of forgery and providing false information CEN-the official.

“In any state of law the person has the right to challenge any normative act in the Supreme administrative court. And I, as President, will fulfill any court decision. Don’t like the decisions of Ukrainian courts – have the courts of the European… it’s been over a month and a half. No one in the court did not submit (…) Instead, the crime was committed. Because there is the constitutional principle of the inviolability of the state border. It is a question of national security,” – said Poroshenko.

“I don’t care who violates the border, the militants in the East, or politicians in the West”, – he added.

“Our guards did the right thing, using weapons, the use of which had full legal right,” said Garant. In his opinion, they were not allowed to stir up conflict.

To deal with Saakashvili’s action should law enforcement, he concluded.

Deprived of citizenship , Saakashvili in late July, when he was outside Ukraine. He is a politician promised to return September 10. He entered the territory of Ukraine through KP “shehyni” that in Lviv region, although I was going to make it through KP “” that in the Lviv region. The border, he got the bus.

The state border service of Ukraine announced a breakthrough in the checkpoint “shehyni”, which Mhel Saakashvili went to the territory of Ukraine, massive illegal violations of the state border.