Oil billions. The defendants in the “schemes Kurchenko” made a deal with prosecutors 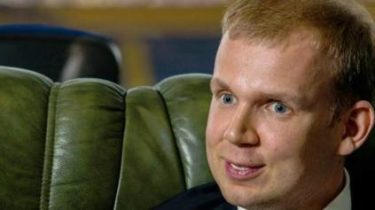 Odessa oblast Prosecutor’s office completed the investigation against the two defendants involved in the theft of petroleum products on the “scheme” businessman Sergei Kurchenko, who was an ally of ex-President Viktor Yanukovych.

Last week, the Prosecutor’s office of area sent to Reni district court indictment with the agreement on the admission of guilt by a former Director of a limited liability company in the city of Reni and the main Manager of the enterprise of involvement in “Kurchenko’s scheme”, reports UNIAN.

As explained in the press service, the former officials of the enterprise signed with the Prosecutor, procedural head – the agreement on confession of his guilt in committing a number of crimes. In particular, the participation in a criminal organization, complicity in evasion from payment of taxes in especially large sizes, forgery and abuse of office that led to the actual shortfall in the budget more than UAH 2 bn of funds from sale of 800 thousand tons of oil products.

Recall that in the framework of investigation of criminal proceedings by a court decision in favor of the state in July 2017 was the confiscated property of the Odessa refinery and the company. Estimated value of confiscated property amounts to more than 5 billion UAH.

In may 2014, the Minister of internal Affairs Arsen Avakov said that the companies included in the holding Kurchenko’s VETEK, in the previous two years imported by fictitious documents on the territory of Ukraine more than 5 million tons of petroleum products worth 36 billion UAH. According to the documents, these oil products should not have been implemented in Ukraine, and was to be delivered to third countries, allowing companies Kurchenko to evade taxes.

During the investigation, was arrested personal accounts Kurchenko, his movable and immovable property totaling more than UAH 1.5 bn. The economic court of Kiev in late November 2015 withdrew the arrest of funds and property of VETEK.

In April 2014 Kurchenko was put on the international wanted list.