In gschs called the cause of the smoke in Kiev metro 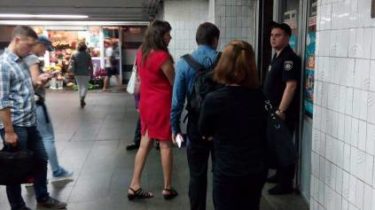 Rescuers named the cause of the smoke in the Kiev metro.

This is stated on the website of the rescuers.

“On September 11 at 18:37 in the tunnel of the Moscow metro between the stations “Kontraktova square” and “Taras Shevchenko” getting oil on the contact bridge rails was smoke without subsequent burning,” – said in the message.

No casualties were reported. It was also held ventilation of metro tunnels.

As a result of the incident with the smoke attracted 64 rescuers and 12 units of equipment of gschs.