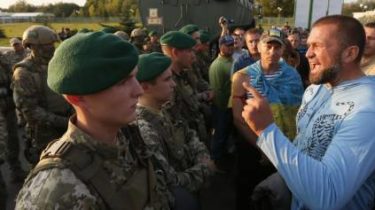 In the case of the breakthrough of the state border at the checkpoint “shehyni” appeared an article, “on resistance to law enforcement officers in the performance of their official duties.”

About it “Interfax-Ukraine” said the Director of the Department of communication of the Ministry of internal Affairs Artem Shevchenko.

“In the investigation there is a new article – part 2 of article 342 of the Criminal code,” he said.

The state border service of Ukraine announced a breakthrough in the checkpoint “shehyni”, in which Mikheil Saakashvili came to the territory of Ukraine, mass illegal trespassing.