Lured in “Azov” and beaten: the UN says about torture the Ukrainian military and law enforcement 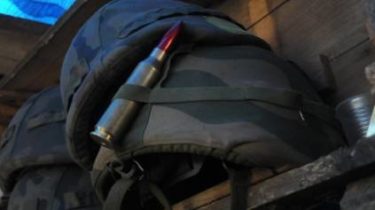 The UN has stated on several cases of torture and ill-treatment by the Ukrainian military and law enforcement in respect of persons associated with events in Donbass. The cases reflected in the nineteenth report of the office of the UN high Commissioner for human rights (OHCHR) on the situation of human rights in Ukraine in the period from 16 may to 15 August 2017.

26 dead and 12 wounded children: the UN published information regarding civilian victims in the Donbass

In particular, members of the Armed Forces of Ukraine detained individuals on charges related to the conflict, and kept them in detention without communication with the outside world during the day or more before you transfer them to official places of detention.

“For example, in June 2017, four people detained without contact with the outside world in the basement for about 24 hours, during this time, one victim was beaten and another threatened with physical violence, including using electric current, in order to get information from them”, – the document says

OHCHR has also documented cases of arrest and detention on charges of terrorism against individuals who conduct business and pay taxes to the budget of the “Donetsk people’s Republic”.

“For example, four entrepreneurs who left Donetsk after the beginning of the conflict, were detained by the security Service of Ukraine on charges of terrorism because they were the economic activities in territory controlled by armed groups. As of August 15, 2017, all four remain in custody in Mariupol. OHCHR is concerned that these charges under the arrest might contain more persons”, – stated in the report.

In addition, the UN has documented several cases of using such techniques of interrogation that could be considered as torture, including mock execution and the use of the Taser”.

It is noted that such cases often report only when violations after it took a long time because the victims remain in detention or they did not report because of fear of retaliation or distrust of the justice system.

In particular, 2 June 2017 in Kramatorsk unidentified men in black clothing with no insignia abducted a woman, the report said.

“She threatened with a weapon and for about 90 minutes was questioned about her family. The perpetrators of violations, required him to provide information on military equipment and armed groups. When she refused, grabbed her by the hair and threatened to take to the front line. After that she was brought into the woods, around which was a marking that the area is mined, and threatened that she would be forced to go through the forest. The attackers recorded her “confession” on video, and then ordered him to leave town immediately and not to tell anyone about what happened, otherwise will kill her”, – is spoken in the report of the OHCHR.

In addition, according to the document, in may 2017 in Mariupol woman lured to the positions of the battalion “Azov”, where she was blindfolded and taken away in an unknown direction. She was beaten in the knees with a rifle butt and threatened to bury him on the spot, so she agreed to cooperate. Persons who have committed violations, said law enforcement authorities that they had captured a member of an armed group, after which police interrogated without a lawyer present, and she signed the interrogation Protocol, which recognized their belonging to the armed group. The next day her “confession” was filmed on a video camera. After that she was transferred to the building of the SBU in Mariupol, where she was forced to repeat his confession two employees of the SBU. When one of them left the office, the other closed the door from inside and ordered her to undress for physical examination. He took photos of her scars and tattoos, not providing appropriate explanations for why the woman felt uncomfortable.

“OHCHR notes that the forced nudity during this inspection that was not conducted by a medical worker, may be considered as sexual violence. After that, the woman drove to her apartment, where a search was conducted. She was there with two employees of the SBU for three days. Then she was brought to court, where the SBU twice hit her in the stomach, which caused severe pain.” Human rights activists added that the military Prosecutor’s office started criminal proceedings concerning actions of employees of SBU.