Police responded to the accusations of Saakashvili theft passport 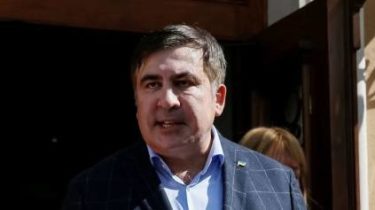 The police did not seize passport of the former head of the Odessa regional state administration of Mikheil Saakashvili. About it reports Department of communications of the police in Lviv region.

“So, voiced a statement about the confiscation of their passports by police contradicts the circumstances of the events that took place in the illegal transportation of persons through the state border of Ukraine in the area of the checkpoint “shehyni”, – militiamen note.

The police said that the officers were protecting public safety and public order during mass events at the checkpoint.

“In this case, the police seized the passport of the person claiming the exemption,” added the law enforcement Agency.

Recall that deprived the Ukrainian citizenship of the former head of the Odessa regional state administration, Mikheil Saakashvili announced that he had allegedly stolen Ukrainian passport. According to him, the document disappeared after security officials searched the bus at the border with Ukraine.