Saakashvili responded to the statement, Poroshenko and assured that “ready to die for the people” 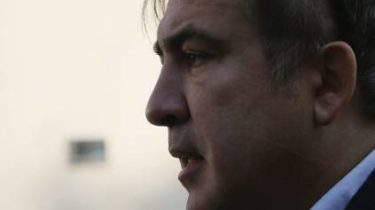 Mikheil Saakashvili, who is accused of illegally crossing the border of Ukraine, said that “ready to die” for the Ukrainian people.

He said this during a press conference held at the entrance to the Lviv hotel “Leopolis” on September 11.

“This is just the beginning of my struggle. Returned to his home in Ukraine to, first, go to the court and to protect their rights,” Saakashvili said, referring to the deprivation of Ukrainian citizenship.

Saakashvili told about the kidnapping of his passport

He also commented on a statement by President Petro Poroshenko, who called his actions a crime.

“The offence was a deprivation of citizenship – a violation of KU. Crime was trivial primitive support for my signatures. Crime was the detention of the train. The crime was that they allegedly mined the crossings and kept the people in line. Criminals for me Medvedchuk and Akhmetov”, – said the politician.

Saakashvili also added that he allegedly returned out of duty. “I came back because I believe that I have a duty. I love this nation and ready to do everything. Without any pathos, I want to say that I am ready to die for this nation,” he said.

We will remind, on Sunday, September 10, former head of the Odessa regional state administration and the former President of Georgia Mikheil Saakashvili, which has deprived the Ukrainian citizenship, entered the territory of Ukraine through KP “shehyni” in Lviv region. His supporters broke through a cordon of Ukrainian law enforcers. They took in a dense ring policy, and legislators and public figures who accompanied him, and literally “put them on the territory of Ukraine.