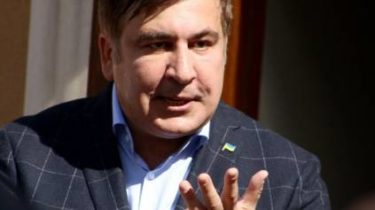 In the administration of the President of Georgia refused to comment on the situation around the former Georgian President, former head of Odesa region Mikheil Saakashvili.

This was stated by the political Secretary of the Georgian President Pikria Chikhradze, Interfax reported.

She stressed that the administration of the President of Georgia does not see the need to make unnecessary comments about it.

“How will this process evolve, we all will,” said Chikhradze.

The state border service of Ukraine announced a breakthrough in the checkpoint “shehyni”, in which Saakashvili arrived to Ukraine, massive illegal violation of the state border.