Zatoka, Monaco, Turkey: where the Criminal code and the family went to rest policy 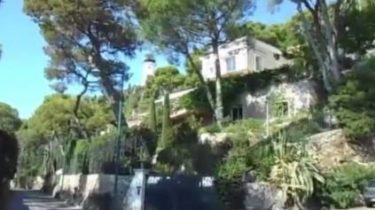 Last week MPs gathered in Kiev began a new political season. Journalists “Pennies” was questioned, where he spent his holidays servants of the people.

The people’s Deputy from “BPP” Andrey Vadatursky tried to convince journalists that spent on the rest of the penny at their home: pay only for food.

At the same time the representative of the “popular front” Michael Gavrilyuk argues that rested in Zatoka Odessa region. The cost of a hotel room – 1000 UAH per day.

Igor I drove a car Croatia.

“We rented an apartment, pay 50 euros per day, buying food in supermarekt, the prices as we have, I think, in Odessa will be much more expensive”, – shared his impressions Deputy.

The representative of “opposition bloc” Vadim Novinsky said that rest is “bad” in Greece, where he went on a pilgrimage to the Holy places. The cost of the trip was not disclosed.

In the beginning of the parliamentary recess to the editor of “Pennies” received a photo from one of the passengers who flew flight Italy, Ukraine, on landing he noticed a woman, very similar to Yulia Vladimirovna. The MP claims that have not been on holiday in this southern European country.

Deputy Ivan Vinnik from “BPP” is said to be opened this year for Ukraine: the policy does not release from the country’s court because of the debt.

The Deputy Borislav Rosenbach involved in amber scandal, yet also unable to leave the country, as is under house arrest. Says that pleasure reading “very smart” books, and in between swimming and sunbathing studied the criminal code.

The greatest concentration of people’s deputies this year was observed on the coast of Turkey, where the rest of the family, Anna hopko. The average price for desyatiletnij tour there starts at $ 500. About the cost of their trip she asked me to ask my husband.

MP Viktor Shevchenko honestly, the rest in Turkey posted more than a hundred thousand. Basically, assure, rested in the Carpathian mountains, where, in particular, and worked in the area.

The head of the Socialist party of Ukraine Ilya Kiva to relieve stress with a friend in the most expensive hotel of Turkey – Makhkh Royal Kemer Resort 5, ten days rest here will have to pay about 10 thousand dollars per person.

Another popular place of rest among the servants of the people remains the French Riviera and the Principality of Monaco.

The price for a room in the cheapest hotel Monaco starts from 1000 euros per day, but the Ukrainian deputies for reasonable savings on vacation, so just buy here Villa – it is cheaper. Ex-MP, MP Serhiy Liovochkin spent the summer on the Cote d’azur in their own country. Also, said that the boat ride along the Dnieper and Desna.