6 thousand per day. How much to pay Saakashvili for a room in a luxury hotel in Lviv Night stay in a luxury hotel “Leopolis” in Lviv are from 6 thousand UAH. Here already the second day of living the former President of Georgia and former head of the Odessa regional state administration , Mikheil Saakashvili.

On the website of the hotel, which is located in one minute walking distance to Market square, the prices are in euros and Russian rubles. Is cheaper double Junior Suite – 198 Euro (equivalent of 6.2 thousand UAH). The most expensive here, Executive Suite, day in which will cost 500 euros (15.8 thousand UAH).

In what room lives Saakashvili, is unknown. 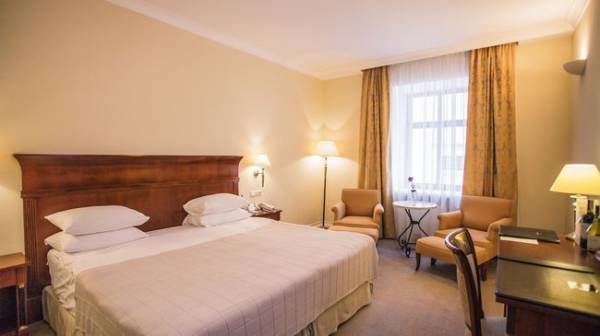 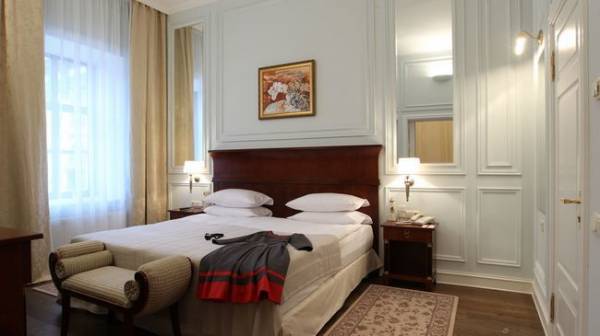 Earlier, Saakashvili assured the journalists that he has enough money to pay for the stay in this hotel. This writes UNIAN.

“Any particular apartment we have here (in the hotel) no. When I arrived, I was ready number. I’ll pay for a room in the “Leopolis”, I have enough money for it. The money for the car I have is also enough, but the more planes I can’t fly – no passport. I’ll travel around Ukraine and I’ll stop by the court to defend their rights. But you have to understand: if the main question – how do I pay for a room in the “Leopolis”, I think people have more important issues”, – said Saakashvili.

We will remind, the Ukrainian citizenship, Saakashvili gave his decree the President of Ukraine Petro Poroshenko at the end of may 2015. On the eve of getting a Ukrainian passport he was appointed Chairman of the Odessa regional state administration. In December 2015, it was deprived of Georgian citizenship. At the head of the Odessa region , Saakashvili worked for a year and a half, after which he announced his resignation, accusing the President of violating the promises and progress to senior positions in the state “old corrupt”.

Then the former President of Georgia announced the creation of their own political powerthat he wants to go on elections to the Ukrainian Parliament. In Georgia, the policy is accused on four criminal counts. He faces up to 11 years of imprisonment.

Deprived of citizenship of Ukraine , Saakashvili in late July, when he was outside the country. He is a politician promised to return September 10. He entered the territory of Ukraine through the checkpoint across the border “shehyni” that in Lviv region, although I was going to make it through KP “Krakovets”, Lviv region. To the border he got a bus and crossed it illegally, along with 60 others. Some of them have used force against the guards.

At first he tried to cross the border by train “intercity” message “Przemysl – Kyiv”, but its departure was delayed because “the person who has no grounds for entry into Ukraine“.

The state border service of Ukraine announced a breakthrough in the checkpoint “shehyni”, in which Saakashvili went to the territory of Ukraine, massive illegal violations of the state border.