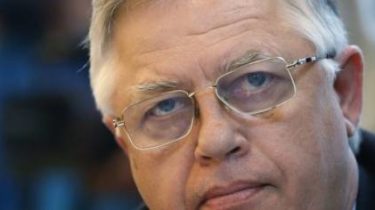 The former leader of the banned Ukrainian Communist party Pyotr Simonenko plans to meet with Belarusian President Alexander Lukashenko, to obtain from him permission to participate in the extraction of the oil country.

About this on his page in Facebook wrote MP, the coordinator of group “Information resistance” Dmitry Tymchuk.

“The leader of the Communist party is planning to Lukashenka’s personal permission to participate Symonenko and his close relatives in commercial schemes “Rosneft” and CJSC “Belarusian oil company” (CJSC “BNK”), which they carry out on the territory of Ukraine, within the framework controlled by CJSC Belarusian oil company of the subsidiary company LLC “BNK – Ukraine” (office – Kyiv, Zhilyanskaya str. 50-A)”, – he said.

According to Tymchuk, during a meeting with Lukashenko, to facilitate which Symonenko appealed to the Belarusian Communist party, former Ukrainian politician intends to motivate their initiative by the need for financial support of the Communist party, controlled the party “New power” and to focus the attention of the President of Belarus on support from the Communist party its political and economic course.

Decomentary Simonenko lives in a beautiful town near Kiev, and is preparing to return

As Tymchuk noted, the leaders of the PBC believe that establishing, building your own business in the oil industry, the funds he would send not for political activities but for their own Bank accounts.

As previously reported, the Council officially banned the propaganda of communism and Nazism in Ukraine. According to the law, all the symbols and propaganda of Nazism, national socialism, these values, any activities of Nazi, fascist groups in Ukraine is prohibited.