Saakashvili said that his passport was brought Poroshenko on Bank 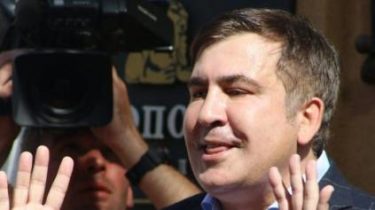 The leader of the party “Movement new forces,” Mikheil Saakashvili said that his passport – the President of Petro Poroshenko. He said this in Lviv during the delivery to it of the administrative Protocol on violation of the border, “Interfax-Ukraine”.

The representative of the State border guard service asked Saakashvili if he can provide the documents proving the identity. This ex-President of Georgia said: “the Documents and certificates – they’re your President, our President of Ukraine Cabinet”.

Police arrested the associate of Saakashvili, who beat the guards

“I officially declare that the passport that was stolen from me, according to the information I received from very informed sources, is now in the office of the President of Ukraine Poroshenko Petro Oleksiyovych. He brought the passport in the morning, when he came to work after our return to Ukraine. This is the information which I now have,” – said Saakashvili.

Video settings the hotel where he stayed Saakashvili, began to arrive police