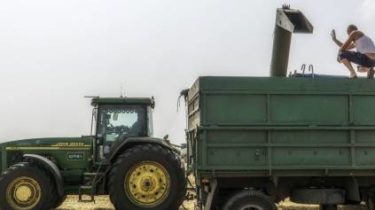 In the European Parliament signed the decision on granting Ukraine the additional trade preferences.

The document was signed by the President of the European Parliament Antonio Tajani, Deputy Minister for European Affairs of the presidency of the EU Estonia Matti Maasikas, writes UNIAN.

In the EU, decide the fate of Ukraine trade preferences. What this means

It is noted that the ceremony was also attended by the Rapporteur of the European Parliament on this issue Jaroslav Walesa.

The document will come into force after having promulgated in Official journal of the EU. It is expected that this will happen at the end of September.

We will remind, earlier European Parliament I supported the decision to grant trade concessions to Ukraine. In particular, should be increased quotas for tomatoes, wheat, corn and honey, but not to the extent as earlier proposed by the European Commission, the urea from the proposals excluded.

Preferences have to enter in the autumn term of three years, as a Supplement to the Agreement on the establishment of deep and comprehensive free trade area.