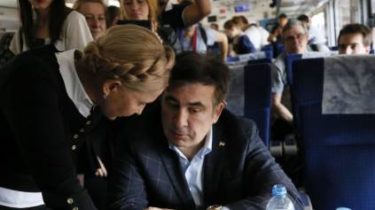 The current associates of the former head of the Odessa regional state administration , Mikheil Saakashvili, Yulia Tymoshenko and Andriy Sadovy – I want his popularity to get into power.

According to him, Saakashvili wants to continue in Ukraine’s political career and as the argument in its favor as a candidate for the post of Prime Minister or President can bring your experience on the post of the President of Georgia.

“However, that is not included in the plans of his current colleagues from the Yulia Tymoshenko Andriy Sadovy. They want his hump themselves to take the Prime Minister’s presidential office and to keep him in the side. So the grain of the conflict between them has already been laid”, – Belkovsky is considered.