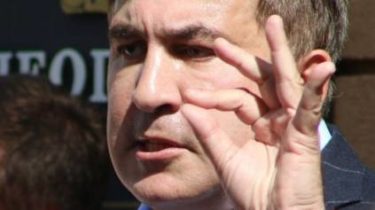 Ex-Chairman of the Odessa regional state administration and the former President of Georgia Mikheil Saakashvili incorrectly cited the remarks of special envoy of the US state Department on Ukraine, Kurt Volker.

The corresponding video, Saakashvili posted on his page in Facebook

In this post he also brought the alleged quote Volcker, “If Ukraine wants to build a state of law, to Mikheil Saakashvili should be given the opportunity to defend his citizenship in court. Poroshenko should be less dramatic approach to Saakashvili and to engage in improvement of governance and fight against corruption”.

However, judging by the video, the U.S. special representative does not mention Poroshenko and said that he should “deal with issues of improvement of governance and fight against corruption”, reports UKRINFORM.

“Ukraine is a country where the rule of law. Anyone, such as former President Saakashvili, has the right to a hearing in Ukrainian courts. I hope will stop an escalation of political drama and all the focus on the legal aspects. Ukraine really strengthens its democratic institutions and fighting corruption and implementing economic reforms. Ukraine really need to become a strong country – in democratic and economic terms – so she could withstand the invasion, posed by Russia, and become a successful country in the future,” said Walker actually.

In Chernivtsi build a scene under Saakashvili’s speech

Recall, September 13 former President of Georgia promised to start their tour of Ukraine – the first mistom to visit Chernivtsi was chosen. September 10, Saakashvili, who was deprived of Ukrainian citizenship, entered the territory of Ukraine through KP “shehyni”that in Lviv region, although I was going to make it through KP “” that in the Lviv region. To the border he got a bus.

With the help of supporters of Saakashvili arrived to Ukraine. The border guard may apply to the courtto fix the violation of the border by the policy for the article 204 Article (Illegal crossing or attempt of illegal crossing of the state border of Ukraine).

Videoescandalo crossing the border, Saakashvili was charged with “hooliganism”