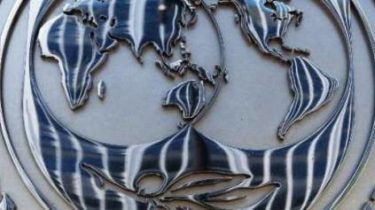 To receive a fifth tranche from the International monetary Fund, Ukraine needs to approve pension reform, to accelerate privatization and to show real results in the fight against corruption.

This was at a briefing in Washington said communications Director, IMF Gerry rice, UNIAN reports.

“The key questions of pension reform, steps to accelerate privatization, concrete results in the fight against corruption, they will be key to ensure that the program continued”, – he said.

According to the IMF representative, an important condition for the continuation of the program will also be a commitment to energy and fiscal policy of Ukraine the targets stipulated by the IMF program.

We were visited by the auditor. In Kiev, the first Deputy head of the IMF

Earlier it was reported that land reform is not a condition of granting Ukraine the nearest tranche of the loan. “Land reform is an important component of the program, but there is a need to Refine it, to reach consensus on the key and further steps”, – said the Deputy head of the communications Department of the International monetary Fund William Murray. He noted that the reform, which envisages a launch in Ukraine of the market of agricultural land, has been postponed to a later date, but within the current year.

At the beginning of 2015 year, the IMF Board of Directors approved the granting Ukraine a $ 17.5 billion under the new eff (Extended Fund Facility, EFF). Ukraine has already received more than half of this amount. New tranches of the loan will be possible under condition of implementation of Kiev reforms.