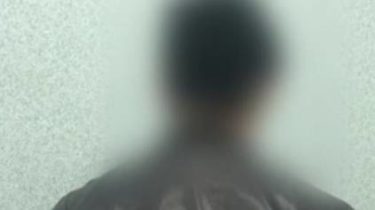 At a checkpoint in Mariupol, the police detained a resident of the occupied Donetsk, which has recruited militants “DNR” to work in their own “police”.

29-year-old woman is a former police officer of Ukraine, where she worked for five years, but in February 2014 was fired for absenteeism.

When Donetsk was under the rule of the terrorists, a woman came to her former colleagues who defected to the militants and offered to join them. According to the detainee, to her home came four men with guns, put in cars and taken to the Donetsk gorupravleniye.

“When I refused to work on the proposed position, called me a traitor and began to use physical force, hit him in the face, threatened,” says the woman.

According to the former milicionershi, she was offered the position of head of one of the units, although neither the necessary knowledge nor experience in this area she had not, and probation. According to her, the militants had gained in his “police” people without any legal education and without concepts, what is a criminal law.

The detained said that she was paid 3 to 5 thousand rubles per month and the salary was delayed. After five months of work in the police, militants fired her.

In respect of detained the criminal proceedings with preliminary qualification under part 1 of article 258-3 (creation of terrorist group or terrorist organization) of the Criminal code of Ukraine. The sanction of article provides till 15 years of imprisonment.

Grandma militant “DNR” tried to arrange in Ukraine, social assistance in connection with his death

Recall, investigators of SBU in the Luhansk and Donetsk regions completed the pre-trial investigation in respect of 132 “the security forces and officials” of terrorist organizations “DNR/LNR”. Among the separatists, SBU accused of committing crimes against national security of Ukraine, 35 so-called “senior officials”.