If the United States will provide Ukraine with lethal weapons, the allies would follow such a supply – expert 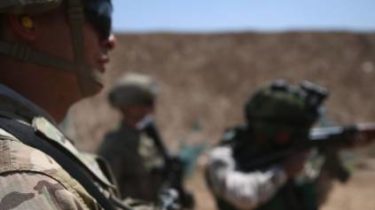 In the case of adoption by the President of the United States decision to provide Ukraine with defensive weapons, the other allied countries will follow this example and start their deliveries.

This was stated by former assistant Secretary of defense for Ukraine, Russia and Eurasia Mike carpenter, writes UKRINFORM.

“Those who oppose providing Ukraine with defensive weapons, using the same arguments,” said carpenter, who now holds the position of senior Director at the Center Biden on the issues of diplomacy and global engagement the University of Pennsylvania.

“To defend your sovereignty is not a provocation. On the contrary, the Kremlin will encourage more weakness and lack of decisiveness”, – said the expert.

Chaly: Ukraine will receive the next batch of us army Humvee