Lavrynovych came to the hearing with “alarming suitcase” 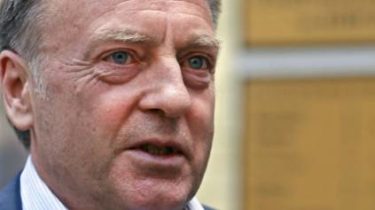 Pechersk district court postponed the case against the former Minister of justice Oleksandr Lavrynovych, for lack of a lawyer. The defender was unable to attend the meeting on Thursday, according to a story TSN.19:30.

The case was postponed to Friday morning. “If tomorrow 10:00 am will not be able to attend the meeting to provide legal help to the client, to ensure his right to defense – assigned state attorney,” warned the Prosecutor Janis Simon.

He Lavrynovych only one of three defendants, which does not avoid investigation , and even made “alarming suitcase” in case of possible arrest. “Assembled! I instructed it to identify my wife” – he said about the contents of this suitcase.

Lavrinovich, his ex-Deputy hero and deprived of the title of President Yanukovych a suspect in the attempted coup and usurpation of power over the publication of the decision of the constitutional Court, which had declared unconstitutional some norms of the Basic Law. The abolition of these rules led to the strengthening of the President and weakened the Parliament. Article 109 of the Criminal code, which accused the former official, a very strict and provides for arrest as the only measure.