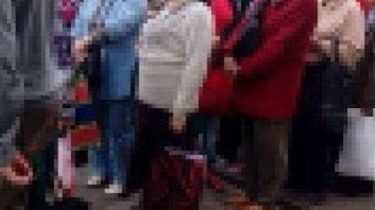 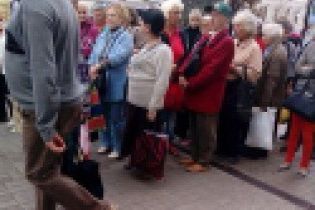 In Kyiv the security Service of Ukraine warned provocative action of the Russian special services.

“Employees of security Service of Ukraine in cooperation with Nazpary warned in Kiev, the attempt of organizing anti-Ukrainian action organized by order of the Kremlin”, – stated in the message. Law enforcement authorities established that the Russian intelligence services planned the fake protest on behalf of the so-called “Duties of mothers of participants of ATO”.

Pseudosolenia initiated and funded under the control of the Russian special services of persons who are hiding from the Ukrainian justice in Russia.

Published by the security Service of Ukraine 15 September 2017

Employees of SB of Ukraine has documented that “crowd” the organizers hired for a hundred and fifty hryvnia almost two hundred and fifty pensioners and students who had to simulate the role of relatives of participants of the antiterrorist operation.

As conceived by curators of the Kremlin, “Charges” was to create the basis for mass protests and destabilize the situation in our state. However, no one family member among the participants of anti-terrorist “protesters” was not.

“Thanks to the accurate work of law enforcement officers another attempt to create a “picture” fake dissatisfaction with the Ukrainian government for the Russian media were unsuccessful,” according to the secret service.

Earlier the security Service of Ukraine expelled a journalist of the Russian “First channel” Anna Kurbatov. The propaganda has already crossed the Ukrainian-Russian border.

Kurbatovi denied entry to the territory of Ukraine for a period of three years.