The mass poisoning of children in Kiev: two hundred students came out to study 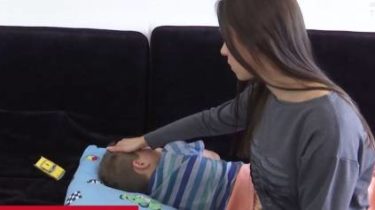 Mass poisoning occurred in one of Kiev schools. More than 200 elementary school students came to class today, and two dozen parents went to the doctors about the health of their children, according to a story TSN.19:30.

The disciples on the eve of the 59th gymnasium had dinner in the dining room, and ve for several hours with elementary school children developed symptoms of food poisoning. On the morning of 518 children, almost half did not come to class. “Of 37.8 at the moment we have a temperature,” says one of the parents of Olga. 8-year-old Tole was bad night with a temperature of 39 and vomiting was not allowed to sleep the boy throughout the night. In the morning he couldn’t even climb, so it had to call an ambulance.

Videosunu children were poisoned in one of Kiev schools

Seeing the morning correspondence parents on the Internet, Olga was shocked – 15 children from the classroom where studies shreds, same symptoms. Complaints on the quality of the products in the school cafeteria was a long time ago, parents say. That day the students had lunch of soup and fish patties – burgers and divert their suspicions by adults. Those who today reached the school, the place was examined by doctors and assured that they are all healthy. “Prophylactically examined the children, communicated with parents. Complaints no children no children all were healthy,” says head of clinic No. 2, Holosiivskyi district Irina Mosunova.

Children in the 59th Metropolitan gymnasium feeds municipal enterprise “School meals” Holoseievski area. Despite the incident, the dining room is in normal mode. After consulting with doctors and officials-teachers, the Director decided grounds to leave children without food today, no. At the same time the school employs specialists from various services that have made all the necessary tests and disinfection. The research results will be ready on Monday. In Directorului say that the preliminary version of a poisoning of children with E. coli.