Now where is Saakashvili? Interactive map of movement policy 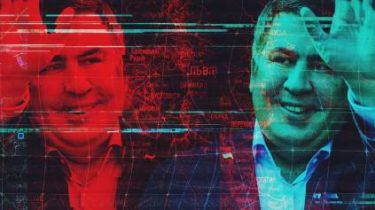 Sunday, September 10, Mikheil Saakashvili, who is deprived of Ukrainian citizenship, entered the territory of Ukraine through KP “shehyni”. He succeeded with the help of supporters who have made the leap across the Ukrainian border.

The border service will appeal to the courtto fix the violation of the border by the policy on article 204 Article (Illegal crossing or attempt of illegal crossing of the state border of Ukraine).

On 13 September, the ex-President of Georgia promised to start their tour of Ukraine – the first city to be visited were selected Chernivtsi. We have created an interactive map, on which you can track, where is Saakashvili.

In Lviv, law enforcement officers reported about suspicion to the former Deputy Prosecutor General, member of the political Council of the party “new force Movement” David Sakvarelidze. According to the document, it is suspected under three articles of the Criminal code-group violations of public order, illegal trafficking of persons across the state border of Ukraine and resistance to the representative of law enforcement body.