“Why look there, where I’m not”. Chernovetsky’s lawyers called it a search “unreasonable” 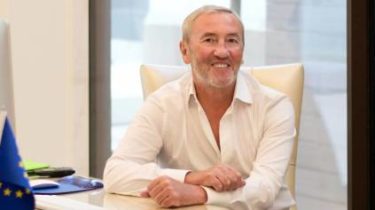 Lawyers eks-the mayor of Kiev Leonid Chernovetsky called it an ad in the search “unreasonable”.

A statement released by a group of policy advocates.

“In the media spread the news that Chernovetsky L. M. allegedly hiding from the investigation, in which the latter was declared wanted by the security service. This, in turn, causes the defense to disclose information about the real circumstances of the case”, – said in a statement.

According to defenders Chernovetsky, the GPU is almost two months ago I got his exact address, and the investigators know that the ex-mayor of Kiev for 6 years does not live on the territory of Ukraine.

“As it is known to law enforcement, the search of the person is reasonable in that case due to the lack of information on his whereabouts, they are unable to carry out his part of the necessary procedural actions”, – said the lawyer.

In addition, they noted that Chernovetsky could not be declared wanted because he doesn’t have the procedural status of the suspect, in particular, he did not receive suspicion.

“To see the documents of the international order of the General Prosecutor of Ukraine without any real justification the defense does not. Thus, all of the above did not prevent the GPU is already publicly assign Chernovetsky L. M. “suspect”, in flagrant violation of the presumption of innocence and giving protection good grounds for preparing appeals to the international authorities”, – reads the statement.

As assured the lawyers of Chernivtsi, now they turned to the investigator and the Prosecutor with a request to correct the mistake, but “until now, no measures aimed at fulfilling the requirements of the law, unfortunately, was not done, that causes us to take appropriate response measures”.

“Also causing confusion protection, the fact of the suspension of the proceedings against Chernovetsky L. M. it Turns out that now the Prosecutor’s office has said that all the necessary evidence in the case on the territory of Ukraine collected. In the documents provided by the prosecution to the court, prevail of the phrase “unidentified persons”, “unidentified”, “in unknown circumstances”, that is not the impression of the completeness of the investigation,” – said the lawyers, saying that he had asked about this in court with a request to assess the legality and validity of decision on suspension.

In turn, Chernovetsky himself considers that he was declared wanted in connection with the fact that the “Lutsenko “forgot” to tell SBU that he had received official documents about my actual whereabouts.”

“I, as a lawyer, did not understand why I was declared wanted in Ukraine, where I live! In Ukraine, I was there for almost 6 years and before you declare me in Ukraine during the investigation, the SBU had to ask the prosecutors and my lawyers where I am. Why seek me where I go! Why so thoughtless and senseless to use a public resource?” he said.

Earlier GPU reported about suspicion to the former head of the Kiev, who is suspected of causing damage worth more than UAH 250 million.

In turn, Chernovetsky has denied all accusations and accused the Prosecutor General Yury Lutsenko in revenge.

July 25, investigators HCP has received court approval for the detention of Leonid Chernovetsky to drive to participate in the consideration of the petition for application of a preventive measure in the form of detention.