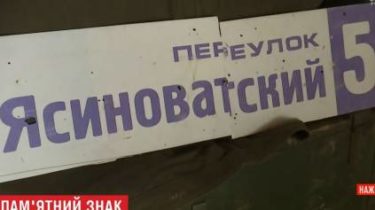 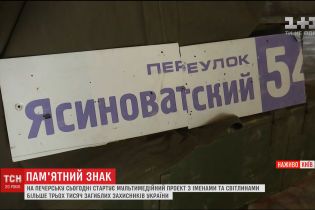 To call by name each one. In Kiev at the Moscow gate at the cave open multimedia project with names and photos of over 3,000 of the fallen defenders of Ukraine.

Officially, the exposition earned today at 14 hours, TSN already saw the exhibition with my own eyes.

Through this place centuries ago was the way to Moscow and decided to create in this place a memorial project, it is symbolic with the message to the aggressor country. On the walls you can see names and photos of the victims, and martyrology will be updated, as the men killed in the war almost daily.

The opening will come the relatives of the victims, including the students of the Lyceum Bohun, who lost their fathers at the front.

Besides the actual individuals of the dead can be seen and military equipment. Brought, in particular, the machine “Crocodile”, which was very difficult fighting way.

TSN is also working on the exposition – war correspondents memorial gave personal belongings of soldiers, things of Avdiivka industrial zones, and other artifacts of war.