In Kiev for the weekend blocked Khreshchatyk 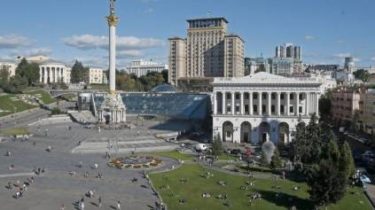 This was reported in the press service of Kyiv city state administration.

It is noted that the movement was restricted in connection with the preparation and conduct of the thanksgiving holiday.

In Kiev will restrict traffic on individual streets

In addition, from 00:00 on September 17 to 00:00 on September 18 will restrict traffic on the two rightmost lanes of the street. Near the places from Bessarabia square to Bohdan Khmelnytsky street in the direction of European square. This is due to necessity-in participants – people with disabilities.

At the time of the event there will be also changes in the operation of the routes of passenger land transport, which runs the specified streets.

We will remind, since Monday, September 11, Kiev has limited movement on the street. The street March 11, 2018 in connection with the reconstruction of the water supply.