Every school, kindergarten or section in Kiev could potentially repeat the tragedy in Odessa 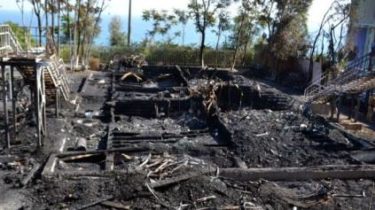 After the tragedy in Odessa in Ukraine will lift a moratorium on the inspection of children’s institutions, and therefore auditors will be able to come back and private schools, kindergartens and camps. To conduct such an audit of fire safety has promised the authorities of Odessa and Kiev, according to a story TSN.19:30.

Sensitive the question remains, what will it give, because the Odessa municipal camp, which checks the ban was not extended, the revision is not saved from tragedy. In June, the institution was inspected by the experts of gschs and issued a determination on a malfunction of the alarm to which no one responded.

However, the reporters found that none of the children’s institution capital has not passed the check of fire safety and does not act with the verdict “no violations.” This includes kindergartens, educational, musical and art schools, sports clubs, clubs, camps, colleges and universities. Without exception, all municipal enterprises of the capital were acts with the list of violations that the rescuers are divided into two categories. The first are those violations that cannot cause a fire. This could include an alarm that doesn’t work, cluttered fire exits or stationary bars on the Windows, which in case of fire turn, for example, a school class into a deadly trap. Institutions with such problems receive instruction on elimination of violations and a fine of 170 hryvnia. The second category of violations that can cause a fire. We are talking about, provodka that sparks or incorrectly installed gas equipment. In this case the offender serves in a court, which can last for months. To close the school can’t, and all this time it works.

Fire inspectors recommend that parents pay more attention to the places where they leave their heirs. Especially should be vigilant concerning the presence of automatic fire protection equipment, firefighting equipment, fire hydrants, evacuation plans and the like. If this is no or the answer of head of the institution induce parents to the suspicion, firefighters are advised to write a formal appeal, which is the only grounds for unscheduled inspections of device.