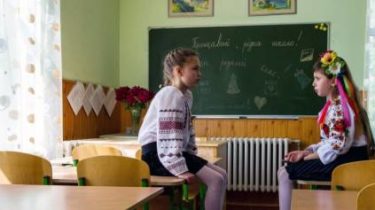 “The Duma” Russia has prepared a statement regarding the Ukrainian law on education, in which he condemned adoption by the Verkhovna Rada of the document.

This is reported RIA Novosti with reference to the corresponding draft resolution.

“In the State Duma of the Federal Assembly of the Russian Federation is well aware that the so-called education reform in Ukraine is aimed spearheaded primarily on the destruction of the remnants of Russian-language education and pursues the ultimate goal of complete assimilation of the Russian population of Ukraine. Continuing the previous line in the language question, the Ukrainian authorities again provoke the situation and recreate the reasons, which became the starting point for the development of the conflict, and then the civil war in the East of Ukraine”, – stated in the text of the statement “the state Duma”.

“We must protect Ukraine,” Poroshenko supported the education act

In Russia, called the legislation “an act of forced Ukrainianization, which constituted a flagrant violation of Ukraine ratified the European Charter for regional or minority languages”.

“The Duma” condemned the adoption of the law and expressed its “full support for the protests in Ukraine and in European countries about its adoption.”

Russia noted that the document establishes “strict limits on the use of languages of national minorities with a view to their complete elution from the educational system of this country till 2020”.

On 5 September during a meeting of the Rada adopted the law of Ukraine “On education”, which introduced the 12-year secondary education. The language of instruction in educational institutions determined by the state. The document envisages that the institutions can give one or more courses two or more languages – the state language, English and also in other official languages of the European Union.