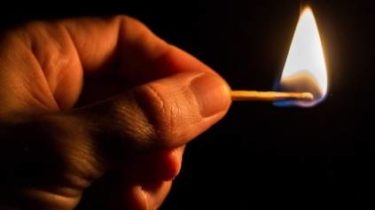 In Kyiv the mother left alone at home with three childrenwho in her absence gave the apartment fire. At the last moment rescuers brought from home a 10-year-old girl, her 6-year-old brother and his friend and classmate, said in the story TSN.19:30.

Events unfolded in Uzyn in the house on the top floor. “She children always closes the house”, – told the neighbors, watching the lit balcony and room. The fire and rescue service said the children themselves. “The boy is here the fire has done,” said the older girl Manager on the phone. Firefighters arrived several minutes later and found that children wait for salvation in the hallway near the front door. “They were scared, he was scared. The children were near the door. Another 15 minutes and would burn the whole apartment,” says rescuer Sergey Spichka.

Videotrue children who were left home alone, started the fire in the apartment in the Kyiv region

The taming of the flame from the employees of gschs took half an hour. Students unharmed after examination, doctors first gave the neighbors, and subsequently appeared and mother. “I feel guilty, I guess. Realize that could become worse. Very heavy losses on the balcony, but it is good that the children are alive and healthy,” – says Elena Yavtushenko.

The guys say that the apartment was lit by Sasha, who was playing with matches, which are found near the school. She with another friend was in the other room, and when the brother ran out to the balcony that was burning, the children themselves began to extinguish the fire with the fright wore the water glasses. “I was confused and didn’t come up with buckets,” says the girl. When they realised that themselves can not cope, the eldest called to the rescue. Children feared that firefighters do not believe them, but still waited for rescue.