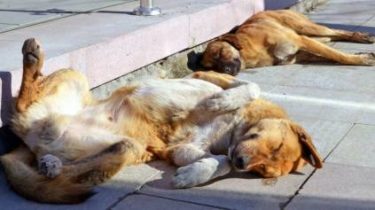 In the capital, the volunteers counted the homeless dogs. And he did it in order to check the efficiency of public services, says the story TSN.12:00.

Volunteers photographing homeless animals through the application registered in the database of stray dogs. Also noted sterilized animals – such dogs ear should be clip.

The volunteers have divided the city into sectors and each chose a more convenient site. This calculation is carried out for the second year in a row. Last year they provided municipal services with recommendations on how to reduce the population of stray animals. This time tested, listened to him.

Together with the volunteers to count the dogs from Britain arrived PhD Laurent. She writes a thesis on the homeless dogs and collects data from the largest cities in Bulgaria, Italy and Ukraine. Laurent is looking for the most humane way of reducing the number of homeless animals.

“The increase in the population of street dogs is a problem in many countries around the world. Dogs spread diseases which can be transmitted to people,” – said the expert.

Three days in Kyiv, the volunteers counted more than three thousand stray dogs. It is on five hundred more than last year and only a quarter of them sterilized. The organizers complain about the ineffectiveness and opacity of the communal, because the money they allocate is considerable, and the results meager.

“20 million hryvnia. This is a huge amount of money to build palaces for dogs, remove dogs from the city and to vaccinate and chipovat”, – say the volunteers.

Utility service as usual statistics of volunteers calls inaccurate and says the money is used effectively.

City October plans to start registering Pets. It will compel owners to be responsible for their Pets and I hope volunteers will reduce the population of stray animals.