Nalyvaychenko called on interrogation in SBU 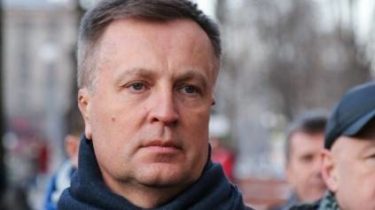 The leader of the movement “Justice” Valentin Nalyvaychenko called on interrogation in security Service of Ukraine.

He declared it in time a press-conferences, transfers UNIAN.

“I got a call on interrogation in SBU. This challenge provoked and fabricated by the main reasons that, in fact, President Poroshenko has organized for the prosecution of other activists, to falsify, to fabricate a case to intimidate anyone who like me, becomes clearly says that we are fighting corruption, we will identify and get the power to stop the corruption,” he said.

Nalyvaychenko noted that he has evidence of ties to the FSB of the Russian Federation leaders around the President and the SBU.

“I’ll go in for questioning on September 21 with the documents that prove the existence of ties with the FSB leadership as the immediate environment of Poroshenko and the SBU. Leadership, not rank and file employees,” he said, showing the relevant documents.

According to him, in 2014 were terminated all the agreements on interaction and cooperation with intelligence services of Russia.

“The document was signed by Deputy Chairman of the SBU now, the last name Frolov, the FSB of the Russian Federation for the organization of political persecution Nalyvaychenko”, – commented the politician.

He urged the General Prosecutor to investigate the matter.

The FSB is preparing in Ukraine, attacks and killings of public figures – Gritsak

We will remind, the head of the FSB were prepared to blow up its own citizens to start war with Ukraine. About this Hrytsak said in a broadcast on Ukrainian television. The video message was circulated by the press Secretary of the MFA of Ukraine Marian Betz.

Hrytsak also accused the FSB of organizing terrorist acts on the territory of Ukraine – Odessa, Kharkiv, Kherson. He added that the attacks “dozens of people were killed, many were injured”.

Vasyl Hrytsak assured that you will never give an order to organize a terrorist attack in Russia against civilians.