In Kiev decided to rename the metro station “Petrovka” 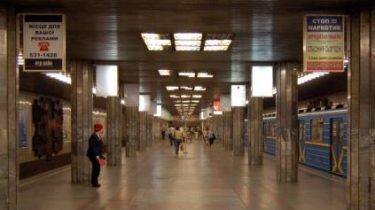 The metro station “Petrivka” in Kiev, renamed to “Pochayna” – from the name of the river, which here flows. However, under the ground, because at the time it was piped.

The decision on renaming today, 20 September, has already approved the appropriate Committee of the city Council. Before this was a public hearing, which also supported this idea. Now for the decision to vote MPs.

We will remind, metro station “Petrovka” has decided to rename in connection with decommunization. Petrovka used to be called the district of Hem, and this name came from the name of the Communist leader Grigory Petrovsky, who was the head of the Ukrainian CEC. His name also figured in decompensirovanna already the name of the city of Dnepropetrovsk.