In Poltava region on suspicion in murder of the Deputy of”Svoboda”, was detained with his colleague from the party Lyashko 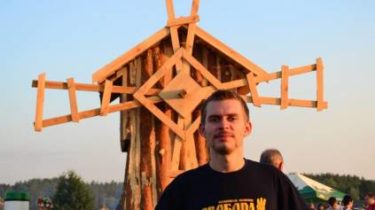 In Mirgorod, Poltava oblast Deputy of the Radical party Khachatur Khachatryan was arrested on the murder of his colleagues IN “Freedom” Oleg Suprunenko.

Wrote about this on his page in Facebook the people’s Deputy Oleg Lyashko.

“I learned that the Deputy of the Mirgorod city Council from RPL Khachatur Khachatryan was arrested on charges of murdering his fellow Deputy from IN “Freedom” Oleg Suprunenko”, – he said.

According to Lyashko, he is still unknown the circumstances of the criminal case. Separately, he assured that he will not, under any circumstances, cover up criminals.

“I demand from Khachatur Khachatryan to lay down the mandate and brought to justice. All those involved in this inhuman crime should be more severely punished!” – added the leader of the Radical party.

In turn, the Deputy of Rada from “Freedom” Alexander aronets released photos of a suspect in the murder of colleagues after Khachatur Khachatryan and called on people to come to district court in Poltava, where the case would be considered murder.

“Now in the Oktyabrsky district court of Poltava is the trial of this monster and the two suspects. One suspect in ordering the murder and two suspects in the execution of the murder. Ask those who have the opportunity to catch up to the court did not let the “radical”, – he stressed.

We will remind, the Deputy from IN “Freedom” Oleg Suprunenko was severely beaten in Mirgorod July 12, when he was returning home after work. The Deputy was seriously injured when he was found unconscious on the roadside. 7 August, he died in intensive care. Oleg had a wife and young son.