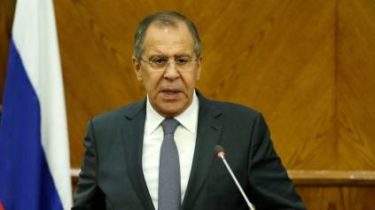 The Minister of foreign Affairs of the Russian Federation Sergey Lavrov explained Moscow’s proposal to deploy UN peacekeepers in Donbas.

“Our proposal is very clear: peacekeepers are only to protect the special monitoring mission of the OSCE and only if the observer functions arising from the Minsk agreements”, – Lavrov said after a meeting with U.S. Secretary of state Rex Tillerson.

According to him, any other appointment of a peacekeeping mission would mean “the crossing of these agreements, this, in fact, the Ukrainian side, and committed”.

We will remind, Putin has declared that supports the entry of peacekeepers of the UN on the territory of the occupied Donbas, however, these forces should only be on the boundary line.